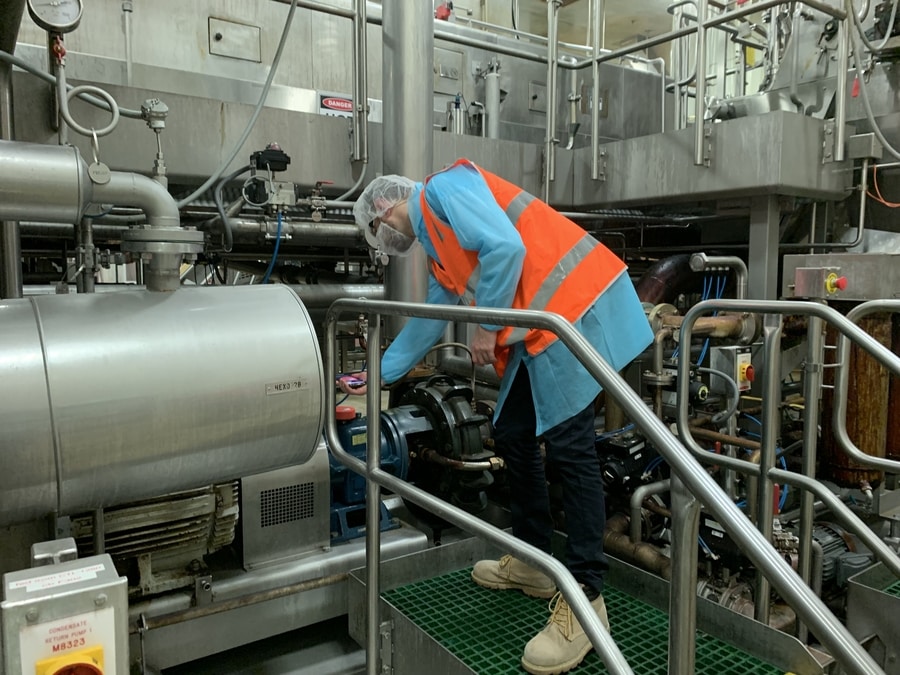 For over five decades, industrial sensors and actuators have been instrumental in the evolution and automation of processes within heavy industries. Systems like SCADA, PLCs and RTUs have been in use since the 1960s. Distributed controls systems were introduced in the 1970s to provide distributed control of production plants.

These systems generated massive amounts of time-series data. Data historians became the tool of choice in the 1980s, with systems such as OSIsoft PI having been the go-to tool for operations teams across many industries for decades now.

Throughout the start of this new millennium, the internet has touched and transformed many consumer industries; however, the industrial transformation is still catching up. In 2016, Artesian Capital did a review of the Australian Industrial IoT start-up landscape. It didn’t look very promising back then, did it?

Production and operations continue to face even more pressure to improve performance. Competition is no longer ‘down the road’, now it’s global. The need for higher uptime and availability is affecting all industries and the tension between operations and maintenance is now even more prevalent.

In early August the Australian Industry Group released a report about Industry 4.0. Its Chief Executive, Innes Willox, is quoted as saying “… despite expected cost efficiencies through adoption of connected devices, often called the Internet of Things (IoT), challenges remain for promoting the business value of IoT. According to the latest ABS data on business use of IT, more than 60% of businesses did not see any value in IoT …”

Maybe the subtlety lies in who within the Australian businesses answered the questions within the ABS survey? The use of IT takes place in every single department of an organisation, from sales and marketing, to maintenance and production, through to the supply chain. Because of this, companies shouldn’t write off the business case for IIoT — rather we need to be mindful about the different types of technology and who benefits from them.

I recently met with a customer who is the production manager at a large coal processing facility. IIoT technology we supplied (FitMachine) managed to save 12 hours of production downtime (or around $1.7 million). Two days later I met with the operations manager of a food and beverage factory, where IIoT technology helped the plant avoid a couple of breakdowns in the last couple of months; one of these episodes had previously cost the company $250,000 of production downtime.

Our conversations with clients and prospects keep pointing us to production and operations stakeholders. The issues aren’t limited to Australian industrial businesses. I’ve been travelling around New Zealand working with customers to kick off the scaling of their national IIoT deployments. Again, the stories I was told in the field and in head offices were all about the benefits of IIoT to the production and operations teams: transparency around equipment uptime and increasing safety.

It became clear to me that the efficiencies and cost savings from IIoT directly impact these two teams. And these conversations obviously evolve to creating new opportunities; if the operations and production teams both understand their uptime and machine health, they will inevitably start looking into increasing their throughput by optimising the use of their existing assets, instead of incurring new capital expenses.

When we look at the impact that the production and operations teams have in industrial manufacturing and processing businesses, we start questioning ourselves: “What other efficiencies can we create in a heavily process-oriented supply chain?”

Light manufacturing businesses such as food and beverage might push their business case towards reducing idle product stock and decreasing inventory and spare parts levels. Heavy asset businesses with strong zero harm policies look at the safety aspects of IIoT from the outset; by having IIoT sensors monitoring remote equipment, they reduce the need for long-distance travel and for accessing machines in hazardous locations.

The IIoT is obviously not an out-of-the-box solution that fits all industries and business cases, but recent market developments indicate a huge uptake of the technology in the very near future. Those developments include the lower cost of remote condition monitoring sensors and platforms, successful pilot projects deployed across the globe in different industries and the realisation of its benefits among the established OT (operations technology) players.

When building your business case for an industrial IoT solution, ensure you have a holistic understanding of how the processes connect to one another; take a deep dive into the processes you’re looking at improving; make sure you know what the performance indicators and personal motivations of the teams are; pick one critical challenge to tackle; and above all, start small. Once you prove you created efficiencies (and potential cost savings) in a small part of the business, you already have a business case to build upon and scale your mission.

Brad Parsons is the CEO and Founder of MOVUS. Brad spent 25 years in a corporate career which spanned national and global positions in organisations including Aurizon, Flight Centre, News Limited and Multiplex. Prior to starting MOVUS he worked on automation blueprints projects for BHP and Aurizon. His inspiration for MOVUS came from a strategic condition monitoring program which he worked on for Sydney Trains.

This piece was first published on Process Technology, 04 October 2019.